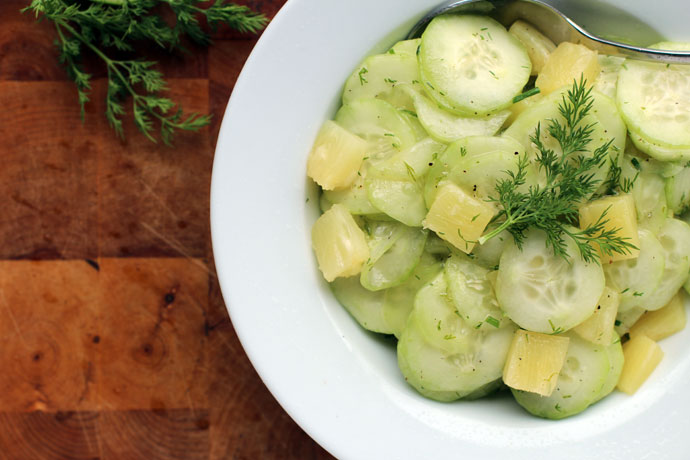 When you love French cheese, Swiss chocolate and Spanish wine as much as I do, there comes a time when your body needs a reset. I like to counteract all those calories with a healthy and refreshing German cucumber salad.

German cucumber salad is an easy side dish for heavy meats like rouladen, sausages or even chicken. It’s just thinly sliced cucumbers tossed in a light dressing. The sour-sweet flavor comes from vinegar, honey and fresh dill.

I add canned pineapple like my German grandma did for a new twist on the traditional Gurkensalat.

Pineapple’s Past: Pineapple was considered a luxury good in Old World Europe because it was pricy to ship from the Caribbean. I don’t know how chunks of canned pineapple made it into my grandma’s German cucumber salad. It might have been an immigrant’s response to the canned fruit revolution in America in the 50’s. (Think Dole Pineapple Jell-o molded in the can).

Anyway, the pineapple is delicious. As a kid, I fished around for the sweet little pieces before eating the rest of the cucumber salad. 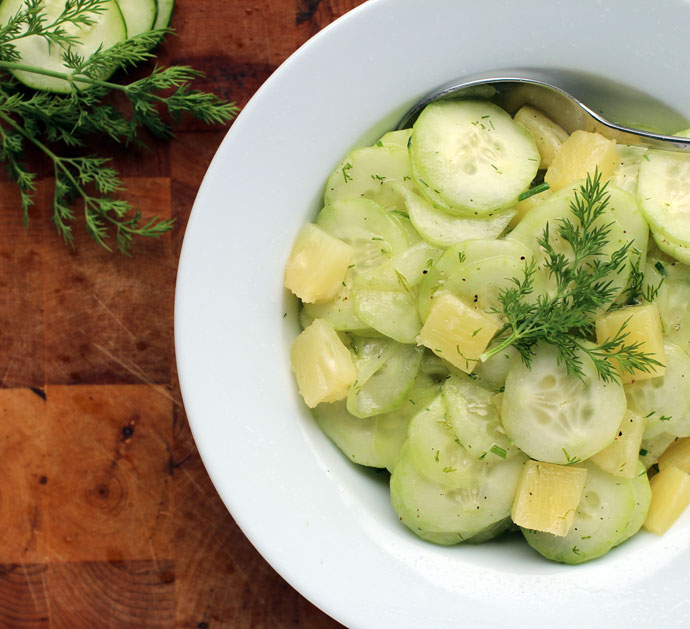 How to Make German Cucumber Salad

First, you’ll want to thinly slice the cucumbers with a sharp knife. You can also do this with a mandoline or the slicer disc of a food processor, if preparing for a large crowd.

Put the sliced cucumbers in a colander over a dish towel and sprinkle each layer with salt, about 1/2 teaspoon total. This process gets rid of the moisture in the cucumber so your salad is not super soggy.

Let the cucumbers sit for about 20 minutes. Meanwhile, prepare the dressing. It’s a typical vinaigrette, which I talk more about in my Nicoise Salad recipe. This particular dressing gets dill and chives, two flavors that are great with cucumbers. 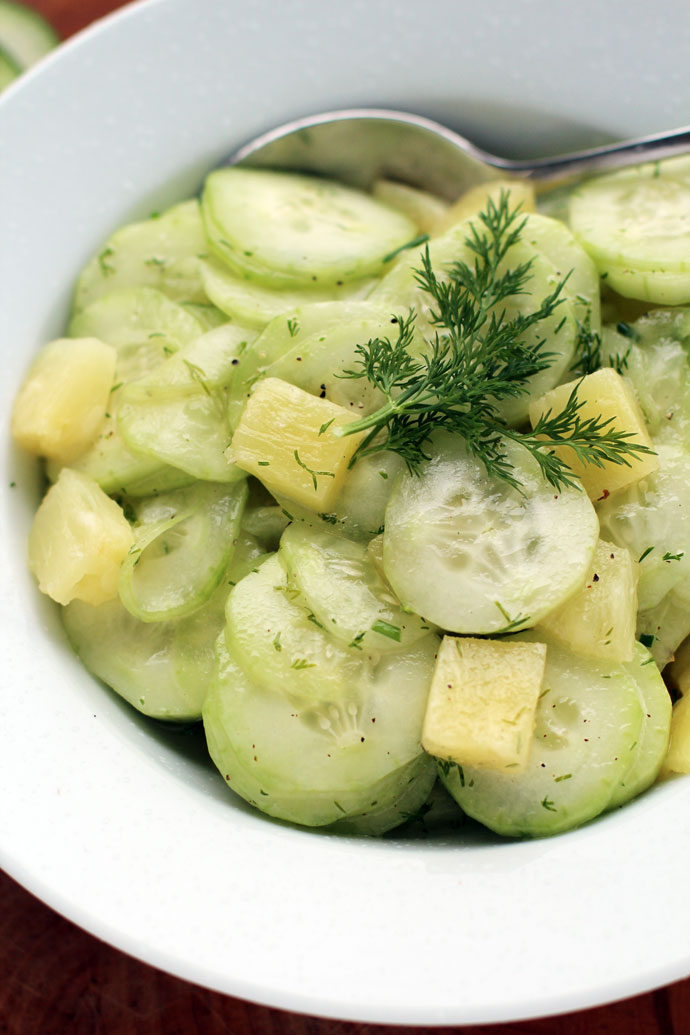 Once the cucumbers are ready, add them to a large bowl with the pineapple and coat with the dressing. Serve immediately or let it sit in the fridge for an hour until the rest of dinner is ready.