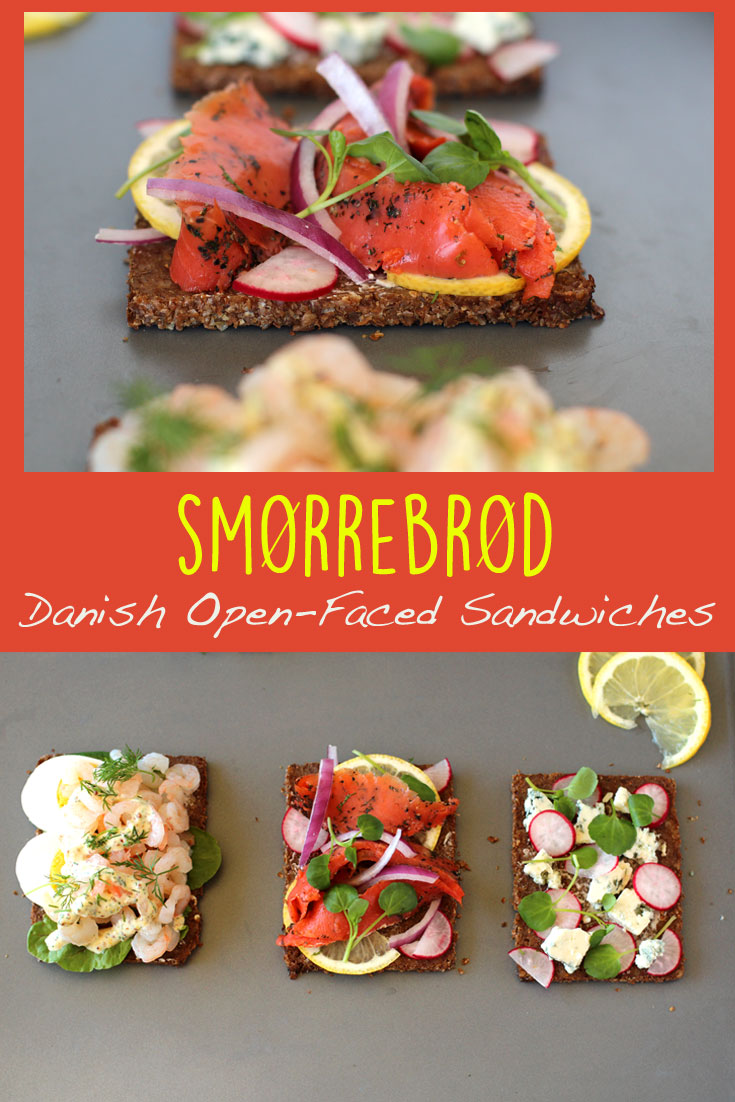 Springtime in Copenhagen can be barren. The trees are just branches and even the swans are shivering in their giant nests. The only pops of color are little tiny purple and white flowers shooting up through the grass in the park, and… the glorious Danish open-faced sandwich, smørrebrød. 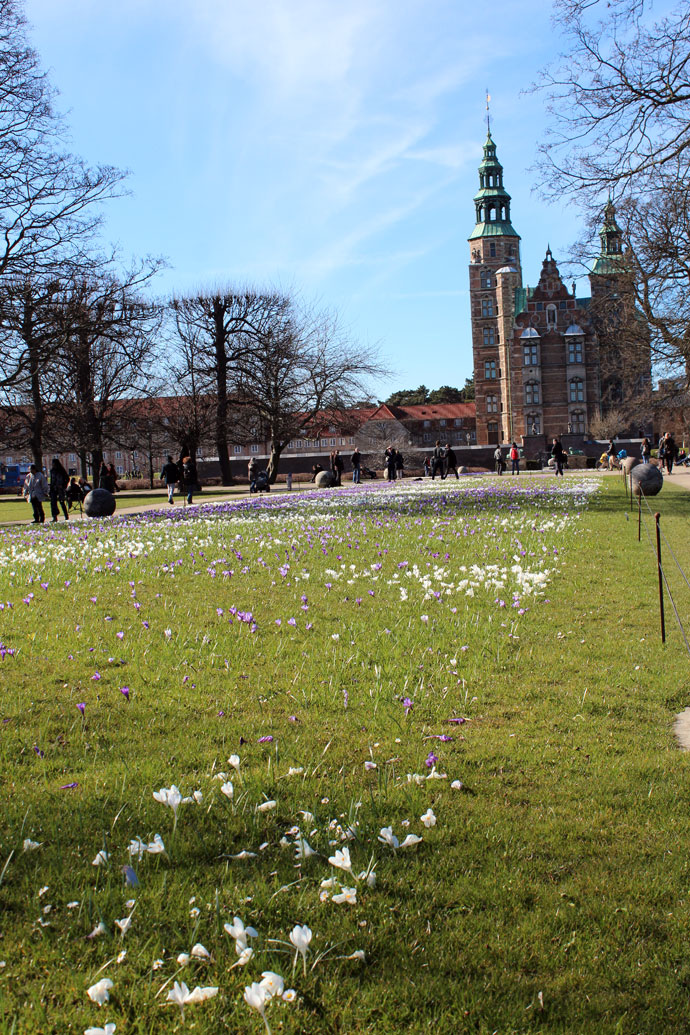 Spring flowers lead the way to Rosenborg Castle in Copenhagen.

Our cold March in Denmark was saved by the Danes’ penchant for the delicious open-faced sandwich. The best smørrebrød we found was at the Copenhagen restaurant Øl and Brød, which we carried down a few doors and enjoyed with beer at Mikkeller Bar.

The Danish smørrebrød really is sandwich as art. You don’t want to just slop these together. If the smørrebrød is any indication of Nordic cuisine, we PB & J people have a lot to learn about lunch.

Luckily these sandwiches call for ingredients you can find at your local grocery store. All it takes is a little finesse and you can create your own smørrebrød extravaganza!

Rye bread in Europe isn’t like the deli rye bread at the store. It’s high in fiber and much denser than regular whole wheat bread too. If it’s not in the bread aisle, you can find it near the deli section or buy this German rye bread 3-pack online. 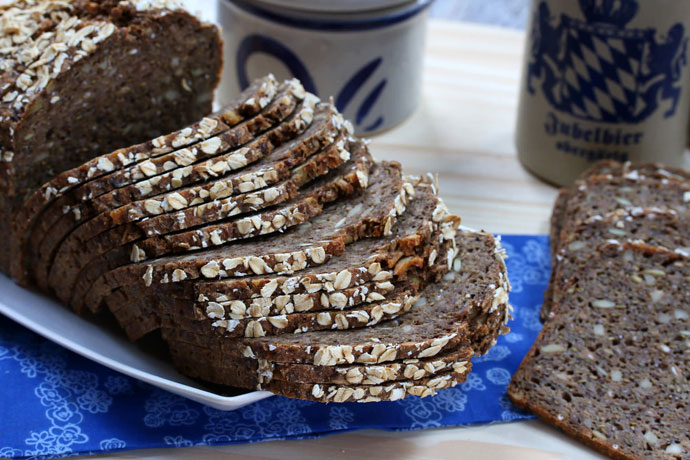 To be super authentic, you can even make your own easy Danish rye or rugbrød at home!

Then comes the paint for the canvas, I mean sandwich. After a thick layer of European-style salted butter, you place the toppings: gravlax (Scandinavian-style cured salmon with dill), small salty shrimp, pickled herring, hard-boiled eggs, cheese. They neatly pile on those toppings like nobody’s business. 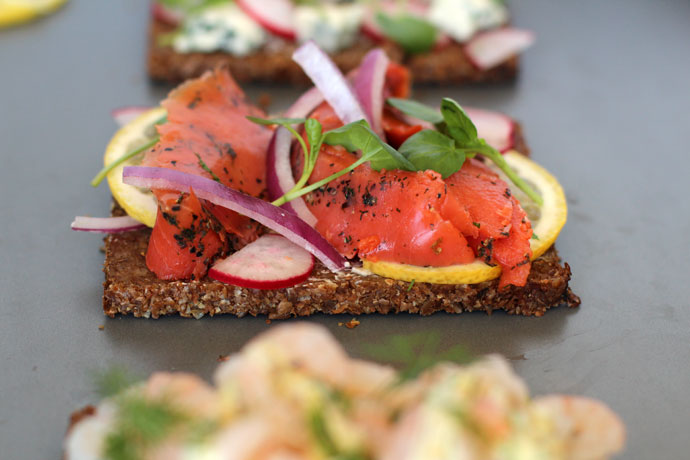 Cultural Notes: Farmers were the first to eat a simplified version of the Danish open-faced sandwich. Danes today eat them in both shops and in formal restaurants, as well as bring them in a metal lunchbox to work. Smørrebrød, in proper Danish etiquette, is eaten with a fork and knife. It’s hard to guarantee a good bite without utensils!

One of the most popular toppings is pickled herring… which I haven’t included in my post today. Scandinavians love their pickled herring, which is in ever-present supply in the North Sea. I just can’t acquire the taste for it! 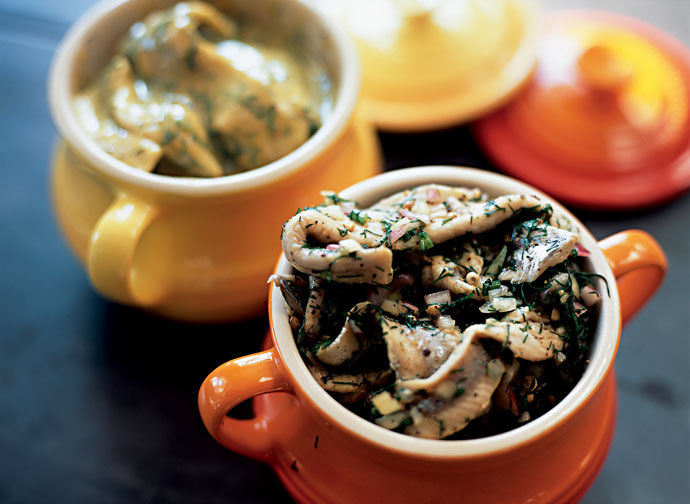 This mustard herring looks beautiful, but it’s a bit too fishy for me…

How to Make Danish Open-Faced Sandwiches

The three sandwiches I want to share today are commonly served in Denmark. I did want to make one with some proper Danish soft smoked cheese, rygeost, but I couldn’t find it at my local European market. Danish blue cheese stands in, and you can use cheddar too for lighter flavor.

To eat these in the right order, start with shrimp and gravlax and move to the cheese-based smørrebrød. If you do make a meat one (with roast beef perhaps), you would eat it right after the fish one.

Danish food (and the city of Copenhagen) is definitely precise and well-organized with a calming beauty about it. Organize your first shrimp smørrebrød as such! Bread and butter, then lettuce and hard-boiled eggs. Pile on that shrimp and then the creamy, mustard dill sauce.

Then comes the gravlax or cured/smoked salmon. This one gets topped with red onion, dill and lemon. We did have some sandwiches in Copenhagen with a whole lemon slice on them, assumably to be eaten as well. The rind’s acidity does break up the richness of the salmon.

Last, the cheese! Danish blue cheese is strong so you can be minimal with it. The cheese one tastes good with cheddar too, especially smoked cheddar. Slice the radishes thinly and end your smørrebrød experience on a crisp, tasty note! 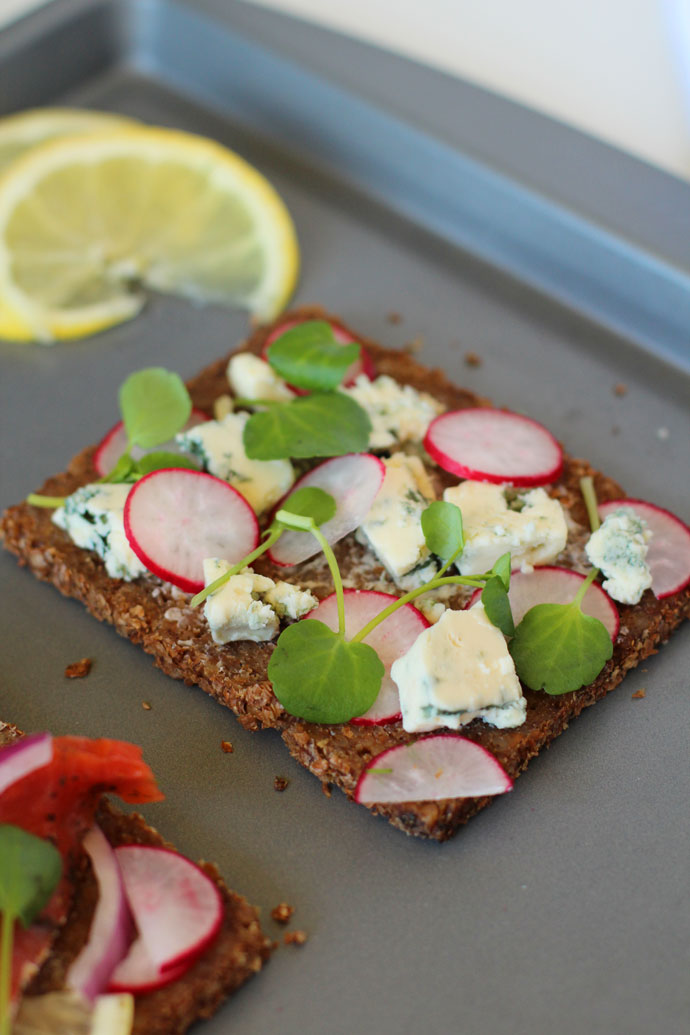