Sometimes you just need an ice cream float. Why reserve that creamy, delicious afternoon dessert for kids? Whether by straw or spoon, you will LOVE the Café Liégeois, a French coffee and ice cream float.

Café Liégeois is like a root beer float for kids, except it has strong coffee (Yay, caffeine!) and coffee ice cream (More caffeine!). Pair that with sugary whipped cream and chocolate shavings and it’s quite an afternoon pick-me-up.

And, Always with the History: Café Liégeois’ name comes from World War I. The drink was originally called a Café Viennois. During WWI, the Belgians’ long fight in the Battle of Liége gave the French more time to prepare for invasion of the German forces. Because of their gratitude toward Belgium (and their dislike of anything Germanic-sounding), they renamed the drink Café Liégeois. 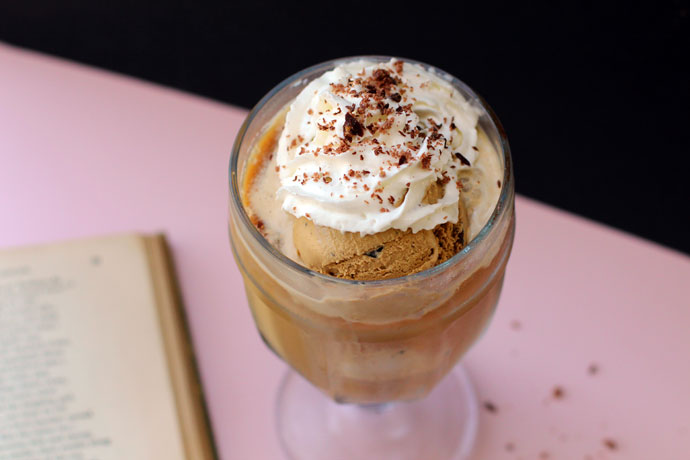 So goes the story behind the Café Liégeois. Regardless of its past, the French coffee and ice cream float is simple, delicious and classy (as is anything French, right?). While you could hand-whip the cream for a more old-fashioned feel, it’s much easier to buy the can. 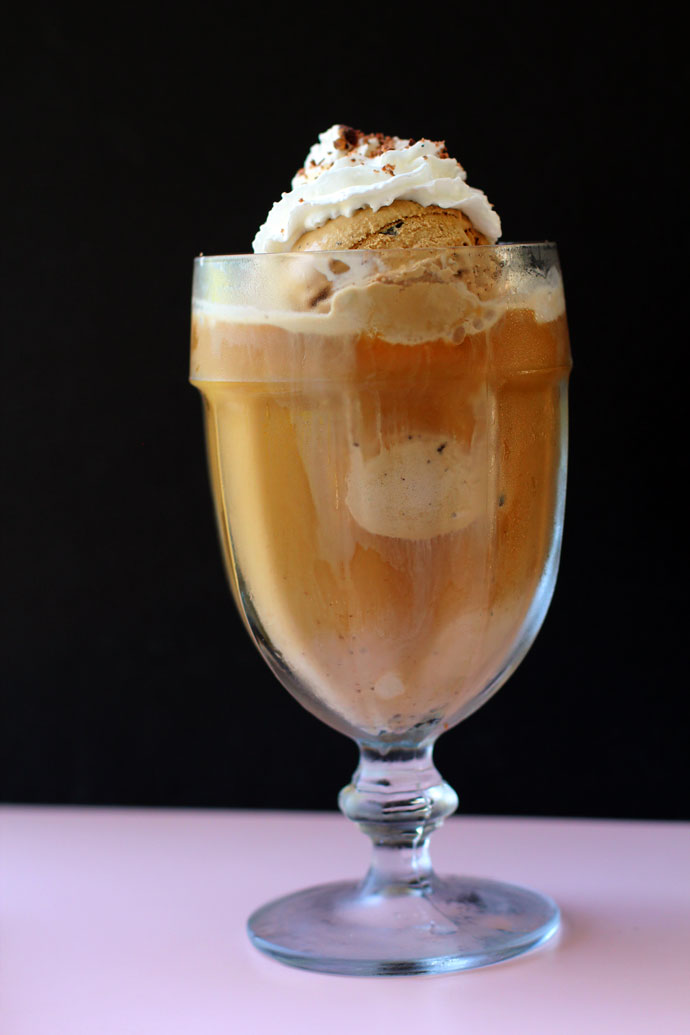 I like to brew extra coffee in the morning and leave it in the fridge to chill so it’s cold enough by afternoon or evening to not melt the ice cream. For quicker cooling, chill in the fridge for 5 minutes, then stash in the freezer for 30 minutes or so. Strong French coffee tastes best and keeps with that bold coffee flavor! 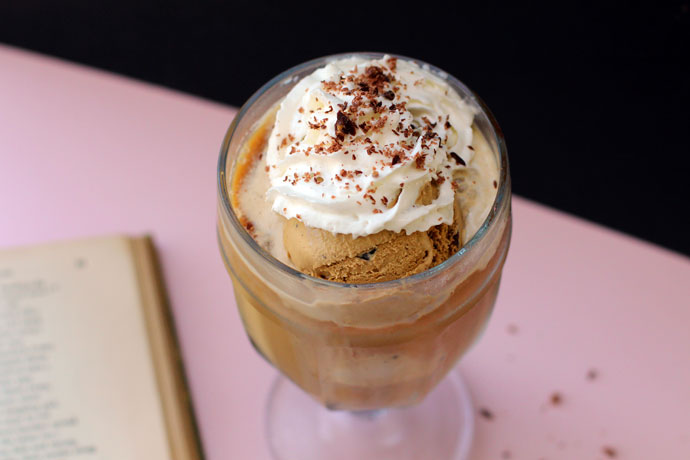